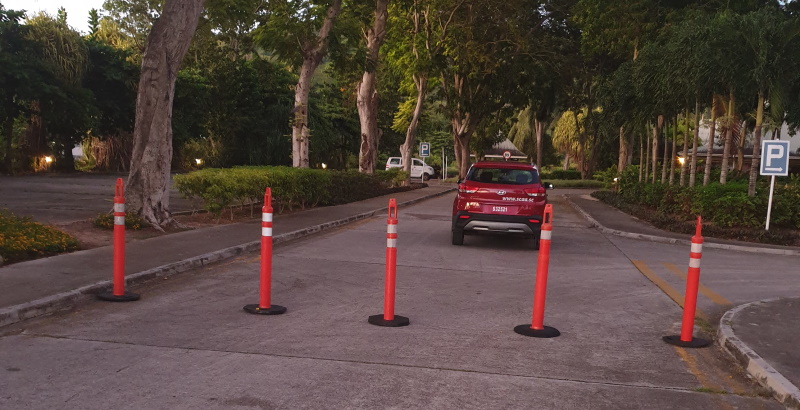 Praslin Ile Des Palmes airport will be closed until next month. This decision took effect last week, after Air Seychelles announced that it is temporarily suspending its domestic services to the island.

The airport shut its doors after the last flight on Thursday 09th April, and plans to reopen on the first day in May when domestic flight operations resumed. It may however open temporarily to accommodate any adhoc commercial flights from any local operator, emergency diversion and medivac flights subject to one-hour prior notice. Hence there will continuously be a skeletal presence of aviation security and airport fire and rescue services personnel on the airport at all times during this period.

The Chief Operations Officer of the Seychelles Civil Aviation Authority Mr. Wilfred Fock Tave said that the shutdown of our domestic airport was necessary.
“Although we had partially shut down the international airport earlier in March, Praslin Airport was still operational as we had domestic operations, now with no flights movements we have re-assess the situation.” He explained that since it is “a challenging time for our business, we have decided to cut down on unnecessary operating costs which will contribute towards ensuring that staff salaries are guaranteed whilst also catering for maintenance, rental of essential services and waste collection.”
Mr Fock Tave added that SCAA will make provision to accommodate any urgencies or adhoc requests. Praslin airport management team will be taking this opportunity to undertake some maintenance and cleaning work at the terminal.

It is to be noted that since its opening in 1972, it is the very first time in history that the airport is closed completely. Seventeen years ago, it was partly operational when strong winds caused some damage to its roof, but it still managed to cater for flights movement by shifting its operation to one part of the airport only.
Caption: The entrance to the Praslin airport has been blocked